he said "and a civilian game"

Sorry no answer for your question please use valid gamedlike

to answer your question

I beaten this Demo!

Does your computer called (HP)?

Or do you have something else

The game is working at my laptop actually

you have safety scissors for that. (they not in full game yet but they r coming soon)

I found a glitch I'm not sure exactly how to do i but I got sent to the office and there was a party I collected the apple and gave it to Baldi whilst still playing with Playtime and once Baldi ate the apple he couldn't get me for a little bit.

My dude man, it's obviously not a glitch. You can even get the apple by taking a hook and hitting a tree with the apple on it.

No I mean once he had eaten the apple he still couldn't get me for a little bit.

Nope, there is no Android version.

I CAN OPEN THE GAME WITHOUT ERROR :D

I miss questions. also for me its IMPOSSIBLE! please make it so that you can change difficulty.

Nope, you either be a hardcore gamer or don't play. Baldi is for the hardcore kids, try to give this game a little bit more time. Like 3 or 2 days.

This Game Is Amazing I Love Baldi's Basics.

thanks to the creator of himself : Micah McGonial

you are the best

I don't know how this can be more scarier but sure.

The game right now isn't scary at all, and in the description the developer said he is going to be making it more scary in the future.

i found a glitch. if you do playtime with playtime then playtime gets swept and you keep failing after a while the rope will just stay and u cant move

It ain't a glitch.

i found a bug. if you sprint and hold it down for a while your sprint doesnt go down but you sprint. if you let go to see if u were sprinting or walking your sprint bar goes down again.

It's not a glitch if you were outside.

Same bald man, but with many new tricks (the game that is). This re-work of the original brings a whole new element to the game that's fun and much more exciting! I had a lot of fun with the new trinkets and exploring the new map. Thanks for sharing and hopefully you get a chance to check out my play session of it!

This is a great game, I wish there was another mode which it's 2 baldi's instead if one!

why the game is stop working in my computer 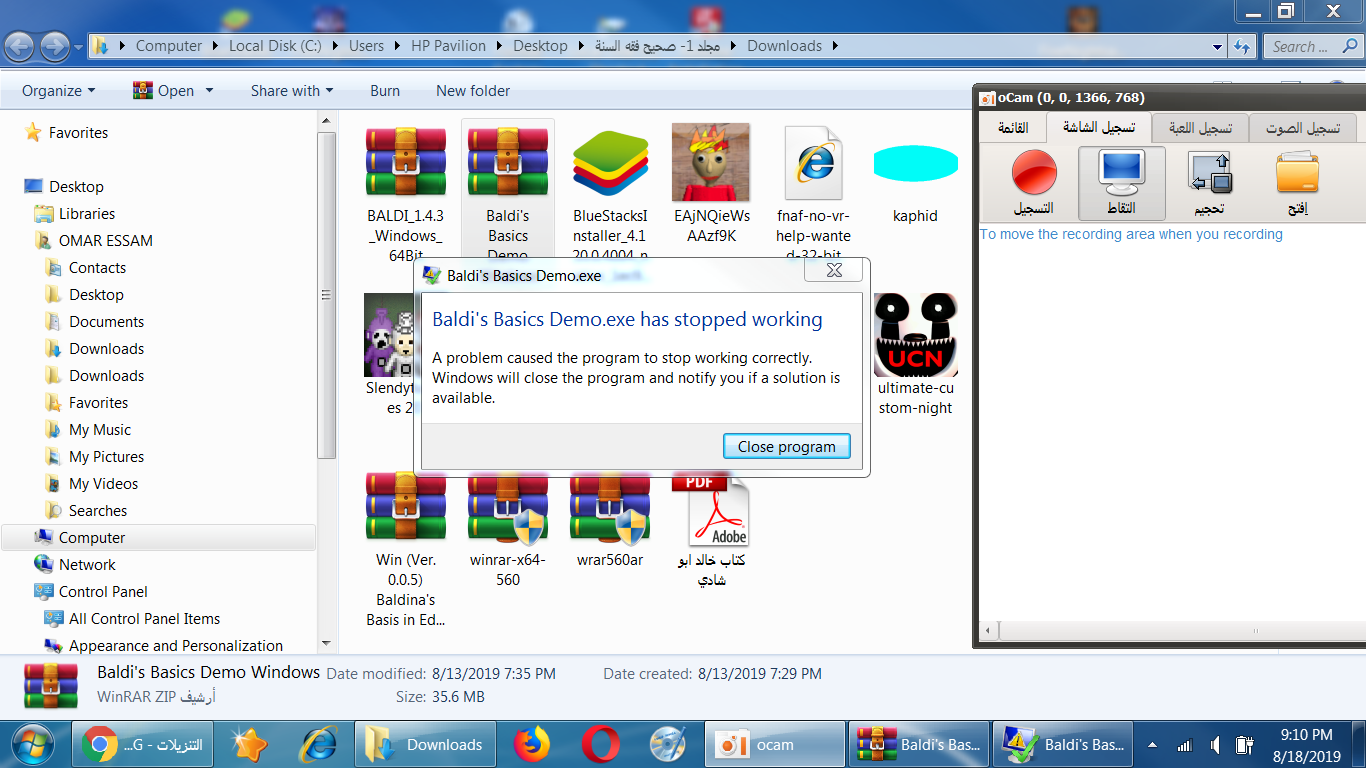 are you just trying to open it without extracting it?

you need to extract it then play the baldi symbol

try deleting the files then reinstalling

Change the compatibility mode to Windows 7? I don't know. 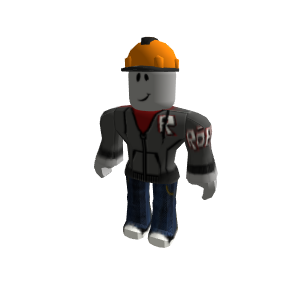 could you make it run chromebook? i cant really play it unless it gets a version for chromebook 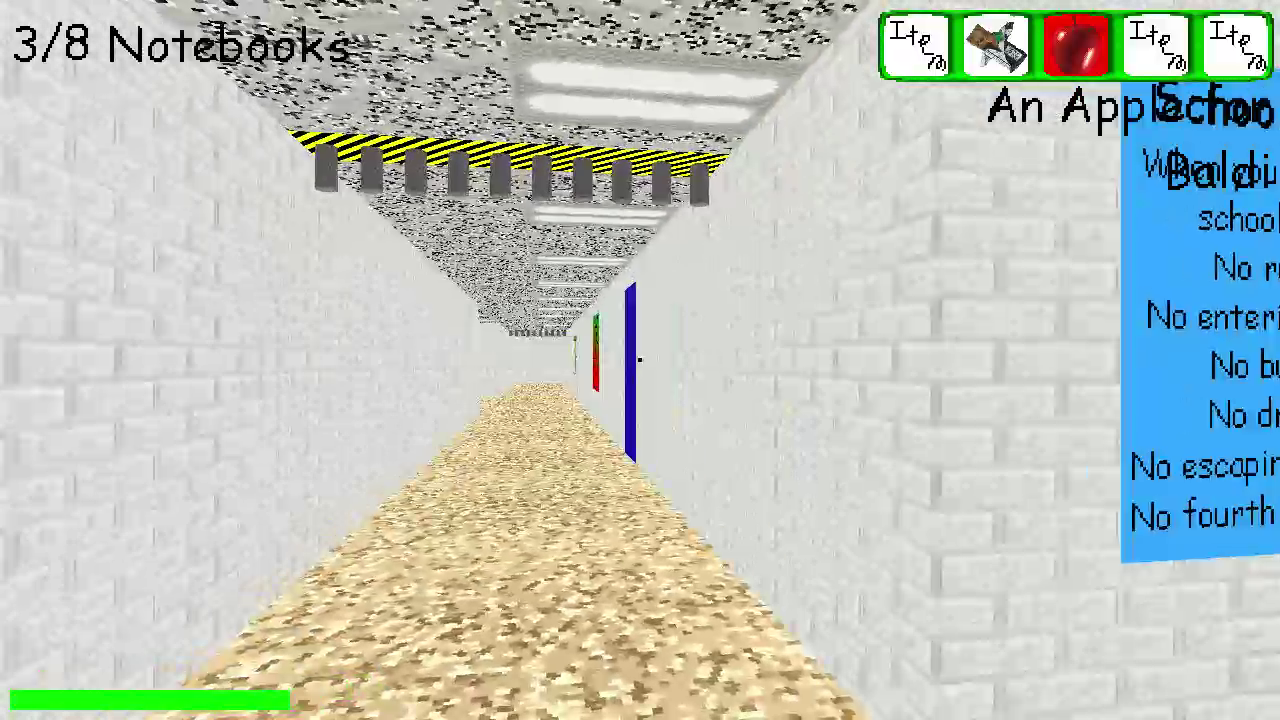 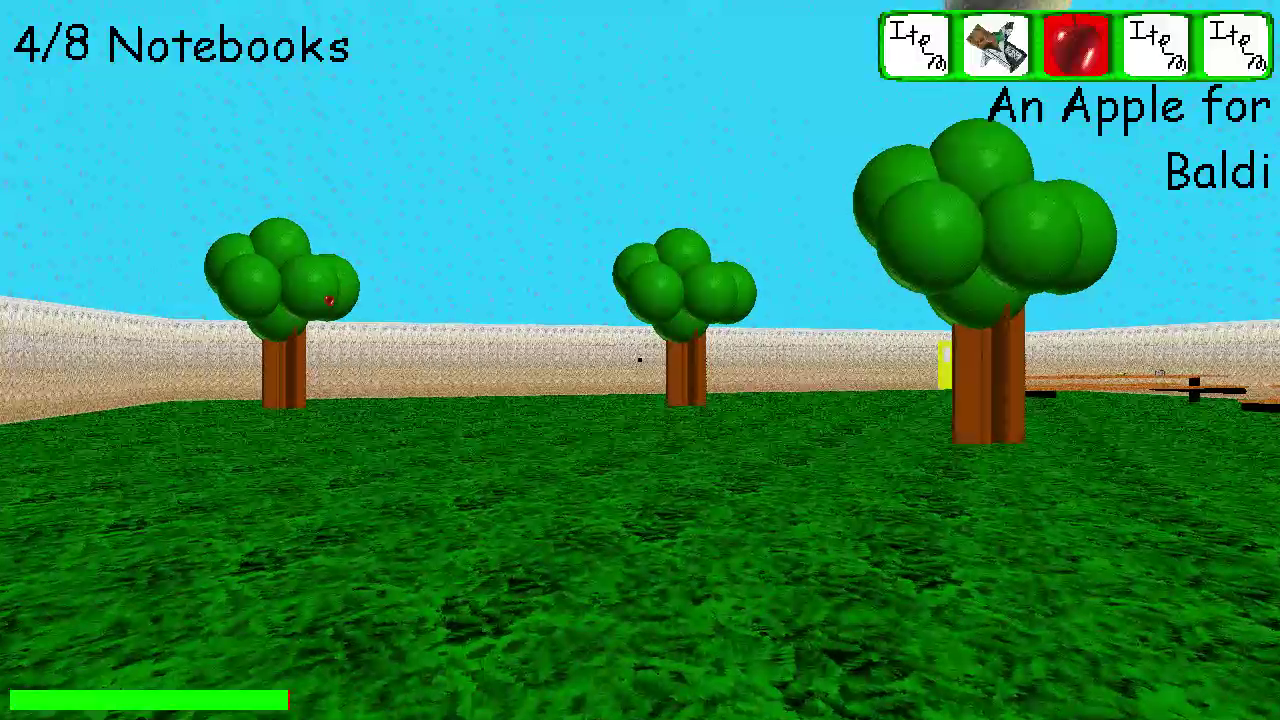 Look how happy now Baldi is: 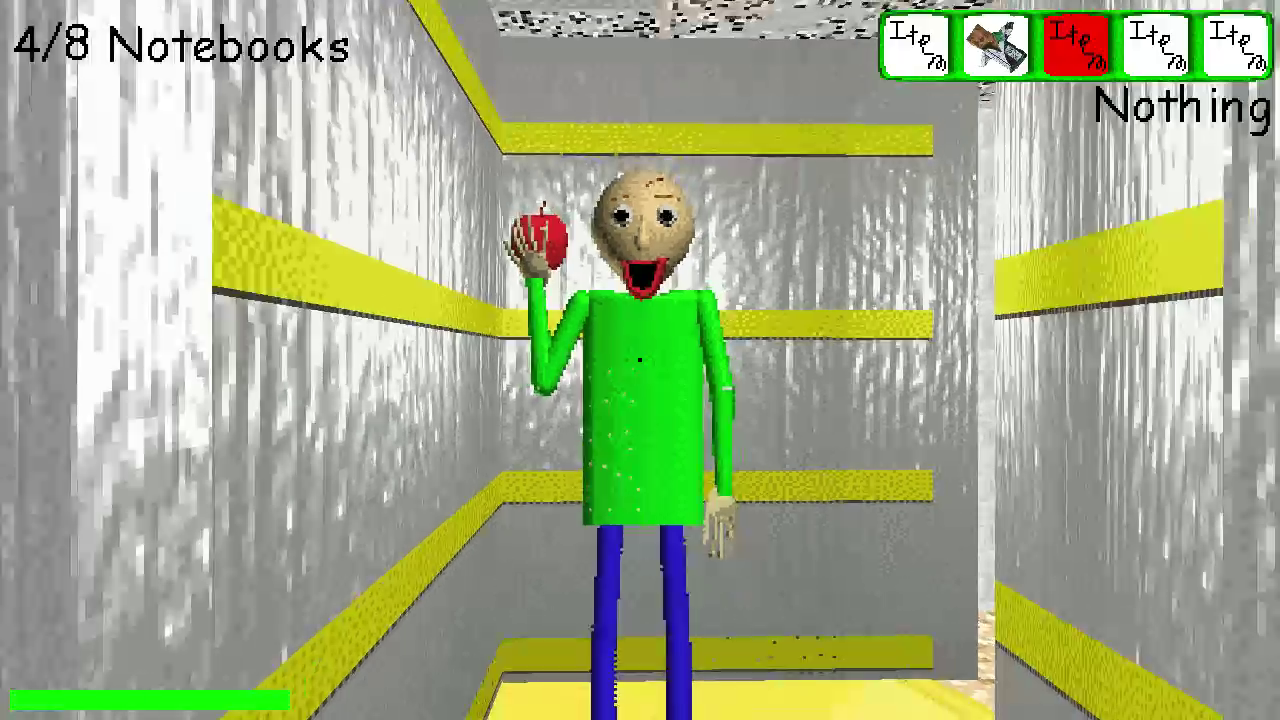 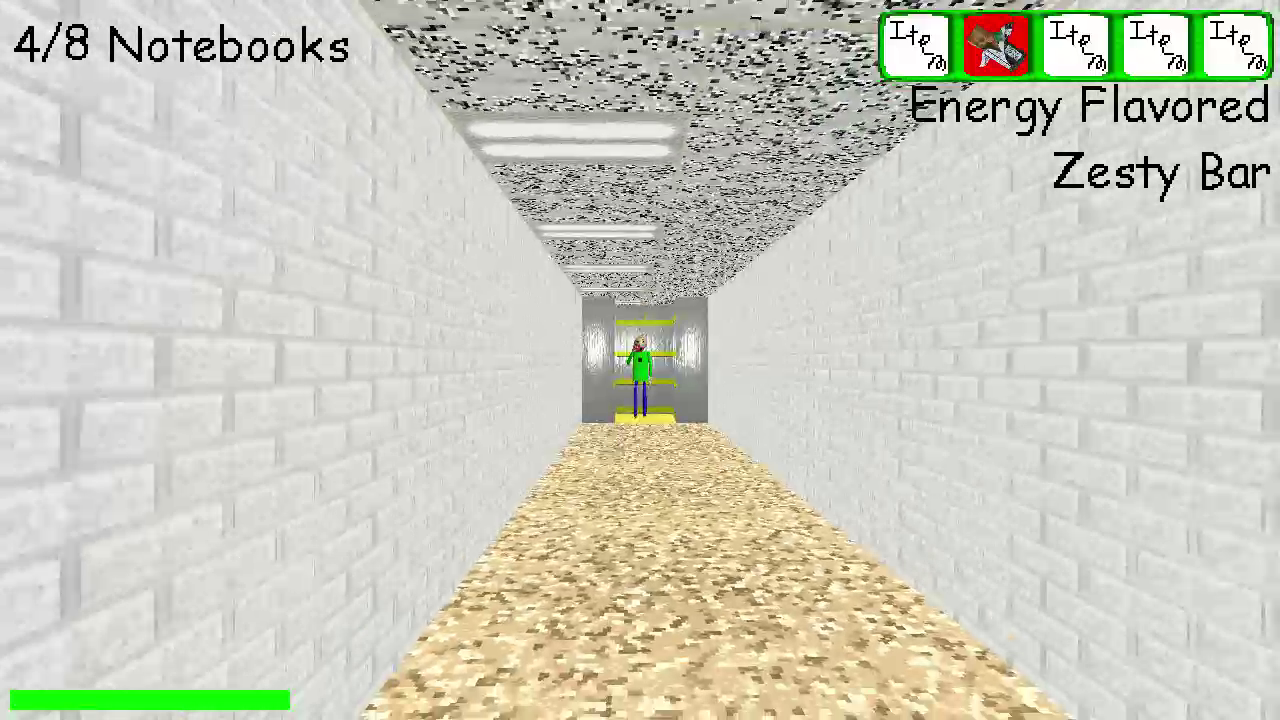 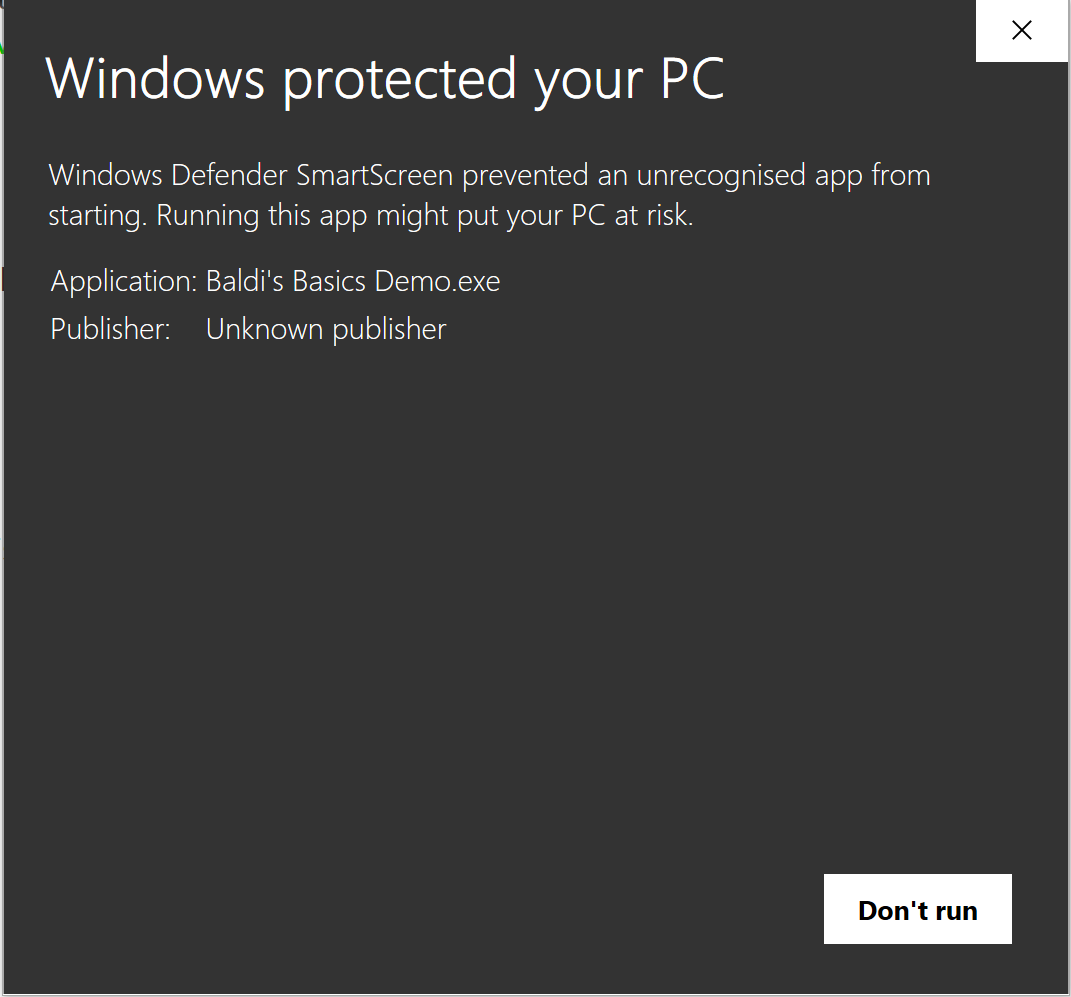 I was playing and suddenly i died to baldi,i retried but the elevator only opened for a split second then closed again,i was stuck.Just a bug for you.

Thanks for the report!

Because I'm not above throwing my hat in the self promo ring.
Beat this Demo, feel like it's actually a bit easier than the original.

Master. Are You Dumb? He Knows That

of course he knows that. im just saying because why would you comment its way easier when its not even done

Here's my last video on this game until the full game comes out. Just wanted to say that the leakage is a bit of a waste because the leakage only slows down the player and should slow down everyone else. I am guessing the fog disrupts baldi's and the principle's vision of where I am? I do like the clock feature of putting a timer on the random events. The conveyor... belt? (Is that what it's called?) The conveyor belt doesn't slow down Baldi one bit and it should slow him down just a bit but not too much.

Was really fun, love the quirkiness of it. Did make me panic a few times!

I love all the new mechanics and random events added to this game! As difficult as it is, it's extremely fun! Here's my playthrough:

Just pointing out fun things about the game and semieviewing it in this comment, mumbling. I did beat it though :)

Wow, that was nice. I don't think the demo introduced a lot of stuff to the game, doors, random events. I expected better, but i am not complaining it's alright, since everything is "SuBjEcTeD tO cHaNgE"! I think that with the amount of popularity and money mystman12 gathered, he will make a great steam-worthy game which i would enjoy to the fullest. I believe in you! :) I enjoyed how principal of the thing isn't as much RNG as it previously was, now it's about reaction, you have to react fastly in 100+ miliseconds or something, and he will not catch you.errer

I really love how hillarious is it that most (if not) of the youtubers who have made a video on this game only talked about the apple in the title and the thumbnail. Like they don't notice anything about the game, just talk about apples. Just pointing that out.

I was really sad about you not solving math problems since math is my favorite part in this game, now it's not about education :( Sadly.

Not a lot of people have beaten this since it's recent. From what i gathered, 3 people have beaten it before me. One was the guy from the comment, which wasn't confirmed. I have actually beaten the game which took me a lot of time. Today, i spend literally over 10 hours. Quite a significant number, but it literally was over that number. I have played it for 2 or 3 days. While PhuCatGeek, as always did it in not a lot of attempts, in one take.  ¯\_(ツ)_/¯

If you want any help with how to beat the game, message me or contact me on youtube, i will try to explain to you.

I really enjoyed the Basically Games logo btw, looks cool. I love how challenging this game is, and how you have to be extremely patient to beat this. It's harder than the classic Baldi in my opinion, since it's recent there aren't a lot of strategies, as there are for the classic baldi. Random events were cool, wish more of them.

Basically, this demo would be cool if you haven't played or seen baldi before. If you did, it wouldn't seem that good to you. I liked it.

By the way, in the ending, Baldi's face becomes spoopy, i really loved how it looks. Check it out.

I took this screenshot from youtube, since my recording for the game got corrupted. Yes, i recorded in .mp4 so whatever. I will activate my windows.

This strongly remidns me (and it might have been copied) of the Aooni doll, just check it out. 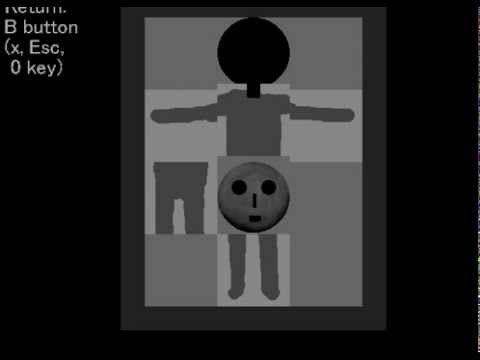 Ok, i have a lot of hopes for this game. Still i could expect better, but ok.

Just a heads up he said the thinkpad will return, he just hasn't added it back yet. You will get your math :)

Finally got around to uploading my video on this. Lots of fun even though I got frustrated at times haha

Did you know that there is actually a game called "Alex's basics in biology and zoology"?

Reply
Neco The Sergal184 days ago

Oh hey Neco, Good luck beating this game if you decide to play it again.

Reply
Neco The Sergal184 days ago

I just may try it again! Got well-received very quickly.